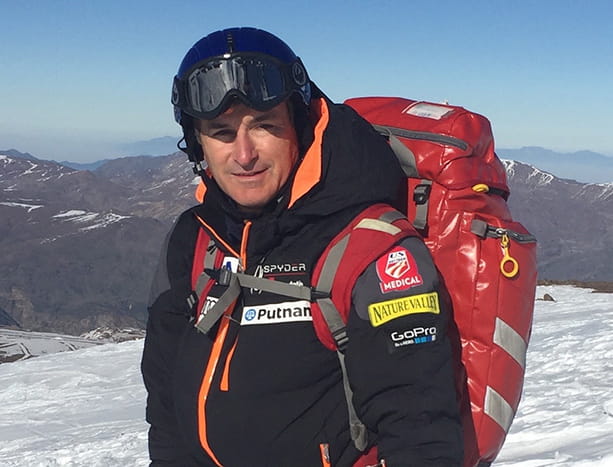 The U.S. Ski and Snowboard Association (USSA) recently honored OPA's own Eli Powell, MD for his exceptional service to the Men's U.S. Alpine Ski Team. Dr. Powell served as official team physician for the 2017 World Cup race in Kranjska Gora, Slovenia where he treated a seriously injured athlete from the US Ski Team. He also served as the US Ski Team’s physician at the team’s fall training camp in La Parva, Chile in August 2016.

The annual Sosman Award is given to an exceptional member of the medical support team who has provided outstanding medical coverage and service to USSA.

"Eli displayed our values of excellence/passion and integrity this past season," notes USSA. "His travel to Slovenia to cover the World Cup Men's Alpine Team was diverted to Austria to manage the care of an alpine athlete that sustained a traumatic injury. Eli provided expertise on the ground and provided expert opinion and timely feedback as well as being a fantastic advocate for the athlete. In addition, he traveled several times between Slovenia and Austria to care for the World Cup crew as well as the injured athlete."

Tiger Shaw, president and CEO of USSA, added in a letter to Dr. Powell, "I commend your generosity and your commitment and passion for our athletes."

Dr. J. Leland Sosman, known affectionately as 'Sos,' was a USSA volunteer leader and pioneer for over 50 years. His service to the USSA and FIS communities has been legendary. While not a formal member of the physicians' pool, Sos was known for his energy, persistence and passion for USSA sports. This award recognizes that individual of the medical community who best exemplifies these traits.

Dr. Powell says he is extremely honored to receive the award and hopes his service makes a difference in the lives of athletes on and off the slopes.