Prior to joining OPA in 2015, Dr. Anderson practiced orthopedic medicine with Advanced Orthopedic and Sports Medicine Institute in Hermiston, Oregon. Dr. Anderson specializes in preventing and treating sports injuries. During his training in Chicago, he had the privilege of working with team physicians for multiple professional sports teams. He has also been serving as team physician for the Tri City Americans, a WHL Major Junior Hockey Team.

As part of his adult reconstruction practice, Dr. Anderson is pleased to offer his patients the direct anterior total hip arthroplasty. This approach gives patients a quicker recovery with less pain and minimal if any restrictions following hip replacement.

As a D.O., Dr. Anderson brings a unique perspective to orthopedic treatment. Although certified and credentialed just like any other surgeon, he also has specialized training in preventive care and the integration of the body's systems to the body's natural healing process.

Dr. Anderson excited to return to his home state with his wife and 4 children. In addition to spending time fishing, hunting and skiing, he wholeheartedly gives back to his community. He has previously volunteered coaching various youth sport teams and as an Eagle Scout, stays involved as an Assistant Scout Master. He and his family look forward to living, playing and serving in the Mat-Su community. 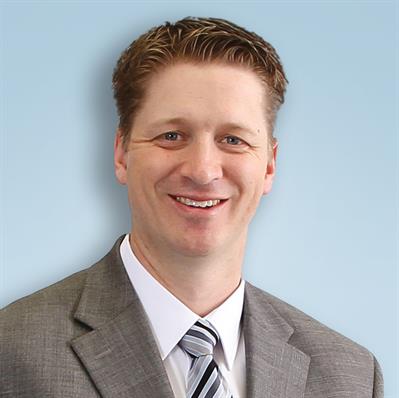